Heads will roll after Davao blast, reward money up 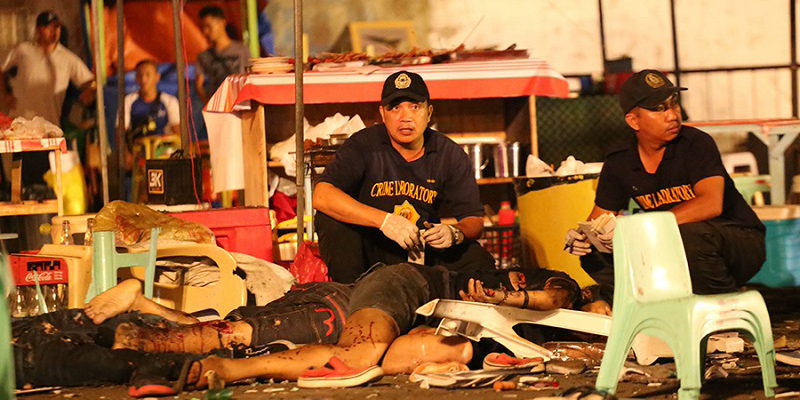 Heads will roll after the Davao City bombing last Friday that killed 14 people and injured 67 more.

No replacements have been identified so far for the two posts.

Mayor Duterte is said to be very disappointed with Friday night’s bombing which happened under the very nose of the police and Task Force Davao. TF Davao personnel as well as police are always seen in the Roxas Boulevard night market securing the area.

Thousands frequent the area every night for its ukay-ukays, food stalls, and massage services especially during the weekends.

Mayor Duterte is also set to offer a P1 million reward money for anyone who could give information about the suspect/s and another P1 million that could arrest the perpetrator/s who placed the IED in the massage area of Roxas Boulevard that evening.

The police said that they already have about three to four persons-of-interest. Two of them are said to be females. There are also about eight witnesses who gave information to the authorities that led to the identification of the POIs.

Witnesses earlier claimed that a tall bearded man left a bag in the massage area and hurriedly left. Few seconds after, the explosion happened.

PNP chief Ronald dela Rosa said they are currently cross-matching the POIs to a gallery of known terrorists.

A multimillion drug rehabilitation facility will soon rise in Davao City. A groundbreaking is scheduled December this year and it[...]

President Rodrigo Duterte declared a state of lawless violence few hours after a blast that ripped through a crowded night[...]