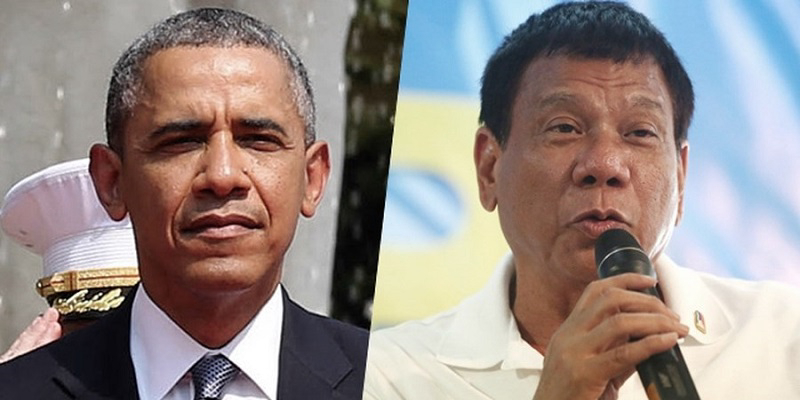 Foreign Affairs Secretary Perfecto Yasay Jr. denied reports that President Rodrigo Duterte “shocked and tensed” world leaders during a presentation he made in a meeting of the 18-nation East Asia Group in the sidelines of the Association of Southeast Asian Nations (Asean) meetings in Laos Thursday.

Reports claim that Duterte’s presentation of a picture of the killings perpetrated by American soldiers in the past created such a stir among attendees that included US President Barack Obama.

“This is my ancestor they killed. Why now we are talking about human rights,” Duterte was quoted as saying during his presentation.

Sec. Yasay did not confirm nor deny this but said that the meeting was held in closed door and thus everything that happened at the course of the meeting is not for him to reveal.

Yasay said though that everything that happened in the said meeting will be revealed in due time as they form part of public records.

Asked if Duterte’s presentation indeed caused tension and shock among the delegates, Yasay said he could not really say for certain.

Yasay confirmed though that President Obama was present during Duterte’s presentation and did not give any reaction. He said though that both world leaders shook each other’s hands after the presentation before Duterte hurriedly left for a bilateral meeting with Russian Prime Minister Dmitry Medvedev. 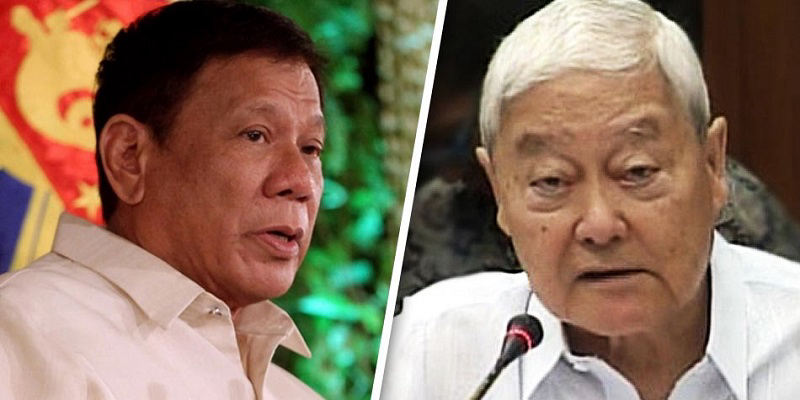 Beleaguered businessman Roberto V. Ongpin has offered bulk of his shares in Philweb Corporation, 49% out of his total 53.76% stake, to the Philippine Amusement and Gaming Corporation (Pagcor) for free or for a measly P1/share.

In his letter to Pagcor CEO Andrea Domingo dated August 17, Ongpin said that his 771 million shares in Philweb has a market valuation of about P20 billion “under normal conditions”.

He said that there are five bidders who wanted to buy his shares from Philweb.

“However, due to reports in the media that under no circumstances will the Philweb license be renewed, I have decided that it is not appropriate, nor fair to the bidders, for me to award my shares to any of the bidders. As you know, the bid is contingent on the renewal by Pagcor of Philweb’s license and the reports in the media that the license will not be renewed under any circumstances render the auction process moot and academic,” Ongpin said.

Thus, Ongpin said, his focus now is on how to save the job of 700 Philweb employees plus about 5,000 others who are employed by the Pagcor operators in 286 e-Games sites. The businessman claimed that the employees have been out of work since Philweb’s license expired last August 10.

For this, Ongpin offered to donate 49% of his shares to Pagcor or sell them at P1/share. The remaining 4.76% will meanwhile be donated to the Ateneo de Manila University JVO Scholarship Fund (named after Ongpin’s late brother) which supports several hundred public elementary school graduates who could not otherwise afford to go to Ateneo.

“I am of course assuming that if Pagcor would own 49% of Philweb, it would renew the license to itself and thus, save the jobs and livelihood of about 6,000 employees and their families. I also wish to point out that this donation to Pagcor comes with no strings attached. Thus Pagcor can decide whether to retain it as a permanent investment, or auction all or part of it off to the highest bidder,” said Ongpin.

It was learned that Philweb contributes an estimated P2.5 billion each year to Pagcor. It also has P1.6 billion a year cash flow.

“This has not been an easy decision for me to make, but I can only face reality. It is not easy to lose P20 billion of your net worth in two weeks time but it is clear I have no other choice. I hope and pray that Pagcor will seriously consider the offer contained in this letter. My only objective and consolation is that if Pagcor agrees to accept this donation, I would have saved the jobs and livelihood of some 6,000 people, including Philweb employees many of whom have worked diligently and loyally for me in Philweb over the past 16 years,” said Ongpin.

Ongpin’s debacle started when President Rodrigo Duterte publicly named him an “oligarch” and vowed to destroy him. Ongpin resigned as chairman and director of Philweb after Duterte’s statement.