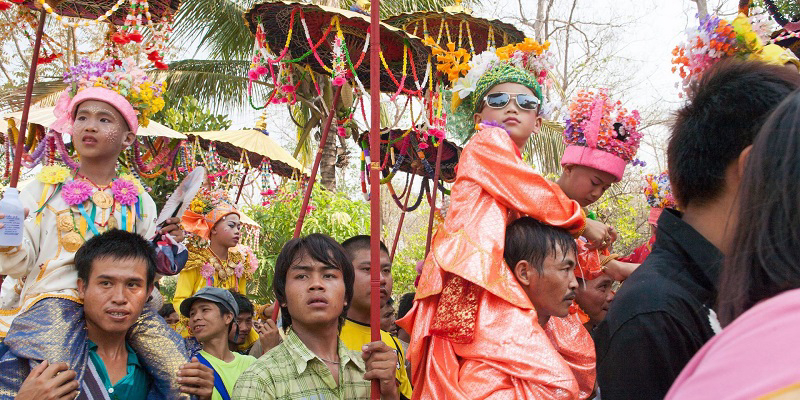 Rius Valle of the Save Our Schools Network said that about 116 people were traveling to Talaingod to join the celebration of the Bwalawan, or the 12th Salugpungan foundation day, when they were blocked by the Alamara paramilitary headed by Datu Lumansad Sibugan at Crossing Dagohoy in Talaingod, Davao del Norte around 6:30 Monday morning.

They were reportedly reprimanded and told to ask permission first from the tribal council in the area. This despite a courtesy letter from the mayor and barangay council which the militant members showed to the paramilitary group.

Valle said the presence of the paramilitary members are threatening thus their decision to return to the Talaingod Municipal Hall for their safety.

“We are currently staying in a church here in sentro Talaingod, after we were barred by the tribal council of Talaingod and some Alamara. 116 individuals, 44 are students of Salugpongan school, are here now waiting for the intervention of the LGU. They said we should have ask permission from the tribal council since they won’t accept our courtesy letter from mayor and barangay council, insisting that we should have an FPIC or free prior informed consent,” said Valle.

Efforts to get the side of the military on the incident proved futile as of this posting. The Eastern Mindanao Command has not yet given any confirmation to the incident.